December 16, 2013
Saturday, December 7, Hudson woke from his nap, and it was time for a diaper change. When he stretched out with his balled-up fists reaching for the sky, I went in for our routine tickles and raspberry belly laughs.

What I found made my heart drop.

Lumps. Two of them.

I’m no doctor, but I’m fairly certain that smooth is good and lumps are bad, so I called our (amazing) pediatrician and left a message. From pictures I text her, she wanted to see more, so we set up an appointment for Tuesday, December 10 early morning in her office to take a closer look.

If I could have known that was going to be our last “normal” moment for a while, I would have let us be late. I would have savored the moment just a little longer. I would have made the appointment in the afternoon, so we could have had one last morning together ,naive to what was coming next. Blind to the word “Neuroblastoma.”

After our visit, our doctor sent us to urgent care with a paper in hand ordering an ultrasound to “Determine lymph nodes vs. mass.” On the drive over I read it. I felt my motherly instinct telling me something was really wrong. I felt a gut feeling of dread.

The minute the ultrasound came up, I saw them. Two lumps and one very large circle. A mass. Neuroblastoma. Cancer.

What a blessing our pediatrician was. She drove over to give us the news I already knew in my heart. Hudson, our precious almost-three-month-old baby boy had cancer. I collapsed into a heap in her arms. Cancer? How could it be so?

He is a smiling, happy, healthy baby boy! I did everything humanly possible through pregnancy. I exclusively breastfeed. I sing to him. Play games with him. Where did I go wrong? How could our family, who has already had our share of heartache with three lost babies, have a newborn with cancer?

The ultrasound continued for what felt like hours taking picture after picture so our oncologist, Dr. Dole, at Childrens in Dayton could have the most information possible when we arrived. My mom and Jeff came to my side. Steve ran Cohen home where his parents took him for the rest of the day. What a gift our parents have been to us through this entire week.

Meeting Dr. Dole was the first relief. He had both a ton of information and no information at all, but it was a start.

From the ultrasound, he told us we were looking at a malignant tumor coming from Hudson’s left adrenal gland called Neuroblastoma and what he believed to be labeled “S4,” that has a “good prognosis.” We were sent to a room to be admitted for the next four nights and five days.

The next morning, around 5:30, after about two hours of sleep on my part, the nurse came in to give Hudson his first IV. The best place for it-his scalp. As I helped him through the screaming, I just couldn’t get over it: there was a needle in my baby’s head. 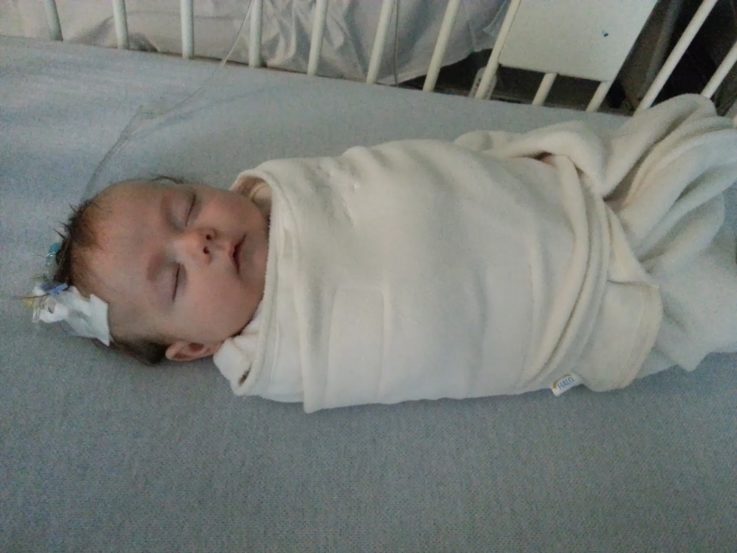 This IV would feed contrast through that would light up his body and give us more information as to where the cancer had spread. Unfortunately, CT called later that morning and said contrast cannot go into a scalp IV, so he had to have a second one put into his arm from IV Therapy.

He was put under a light sedation to keep him still for the CT scan. While we waited I had my ear pressed up against the door. It was so hard to give my baby to a stranger, let alone to be given sedation. 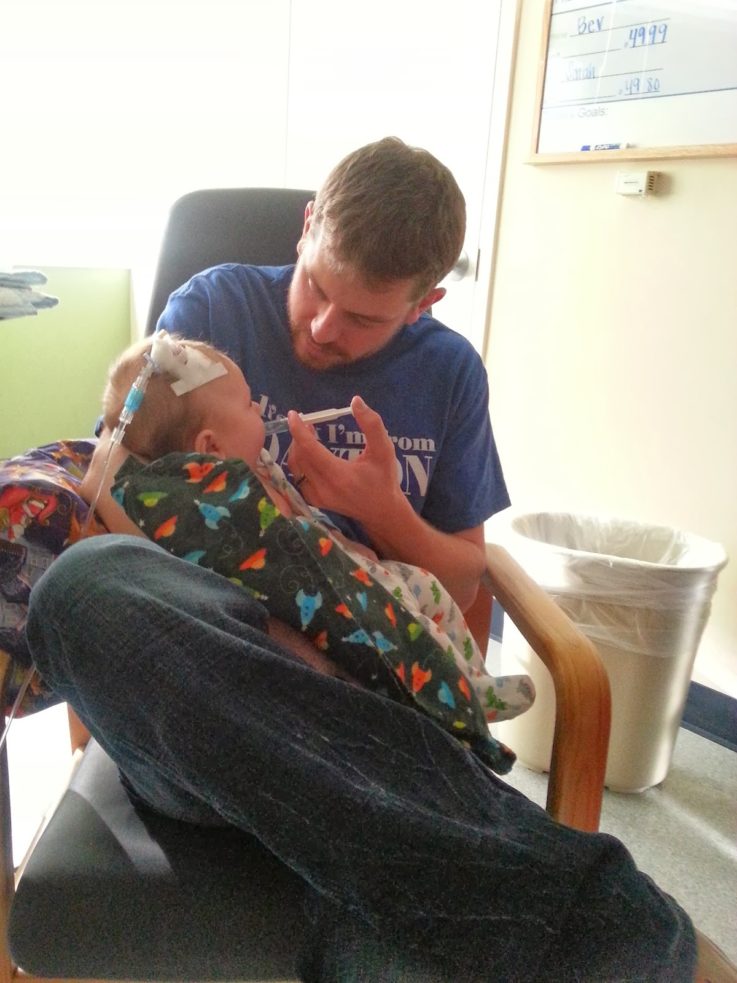 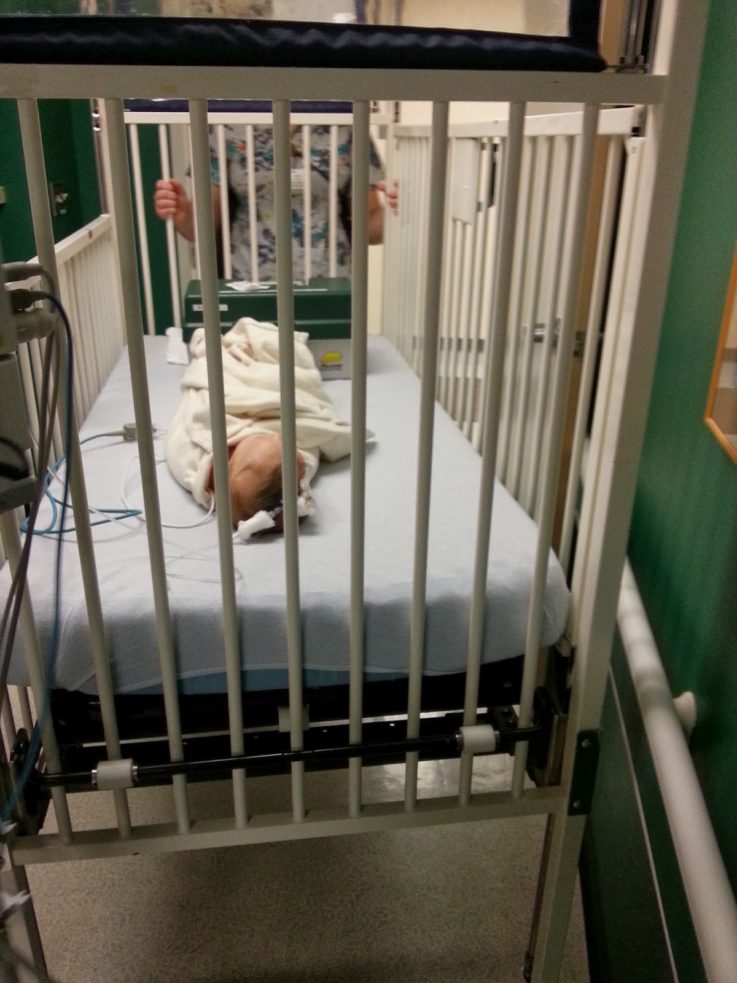 The CT came back showing the tumor was 6 inches by 8 inches by 5 inches, stemming from/acting as his left adrenal gland, had gotten into the blood stream which made the lumps pop up all over his body, and put spots on his liver and his lung.

At Tumor Board, where the oncologists, surgeons, and residents discussed Hudson’s condition, one of the oncologists suggested we check his bones and bone marrow to make 100% sure it hadn’t spread to the bones. This would change his diagnosis if found, so of course we had to check.

The bone scan was ordered for 10:30 Friday morning. He would have to get a catheter (which would fall out and have to be replaced by a second one), and an isotope would have to be given into the IV in his arm. This would also require light sedation to keep him still and would be a longer scan. 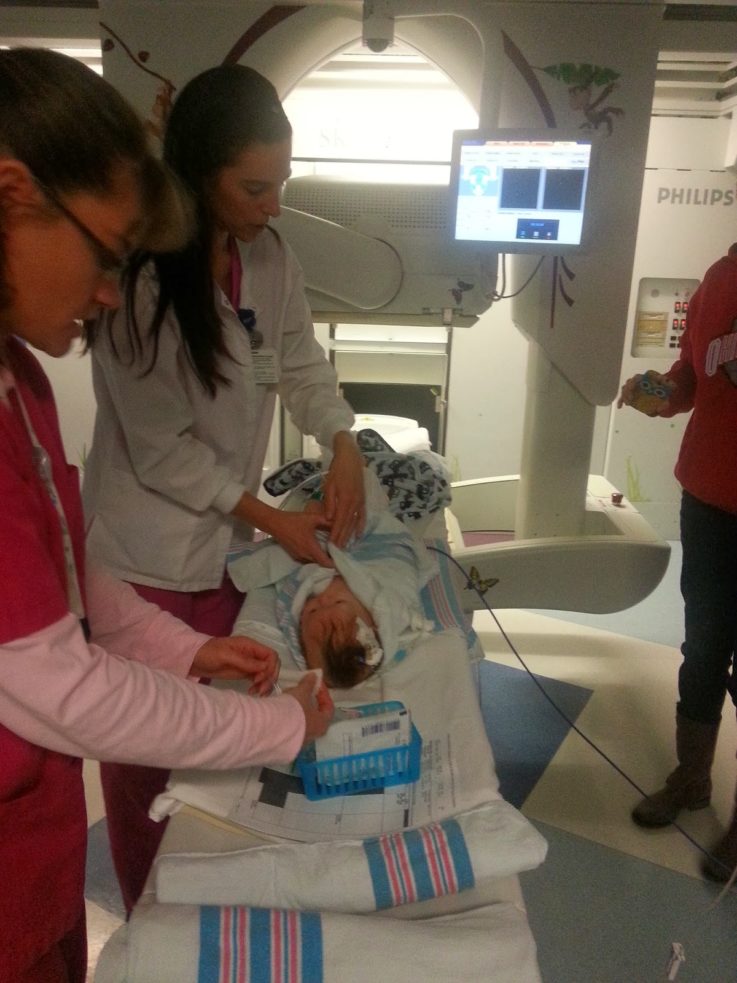 What we know so far about the bone scan: All of his joints showed activity, which is normal because he is growing so rapidly as a baby, but one little spot in his right femur happened to light up just a little more. They ordered an X-Ray Saturday morning to double check. The X-Ray came back looking okay, but they are taking this week to look over it again. 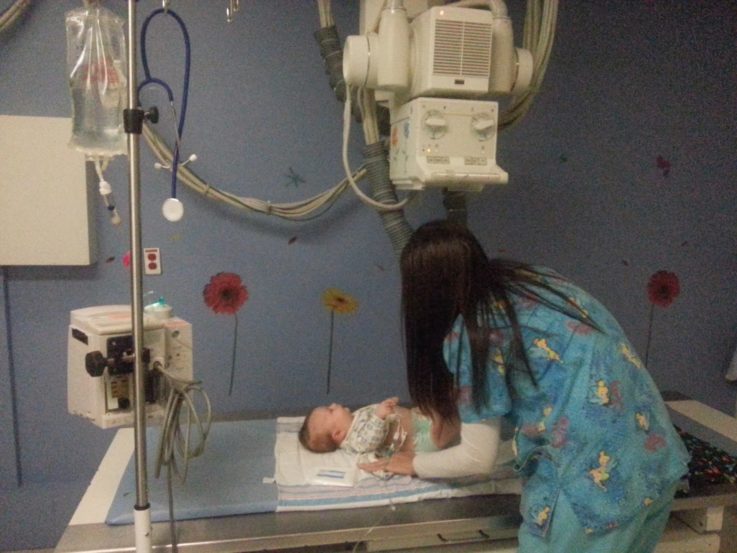 Later Friday, Hudson was scheduled for general anesthesia to do surgery. During this surgery scheduled at 1:30  was to do three things: 1) Biopsy the nodules I found and send the tissue to pathology to be more certain of our diagnosis of NeuroblastomaS4. 2) insertion of his Broviac port where chemo will be administered and 3) bone marrow/bone aspiration for checking if the cancer has made its way into his bones and bone marrow.

The preliminary report on the marrow looks good, but we’re not out of the woods just yet. The port/Broviac is new and different. We have to learn from home care how to administer Heparin to the lumens, emergency procedures, and just caring for it. The incisions from the biopsy are looking great. Crazy how fast babies heal. Thank God for that! Hudson just slept through the night for the first time, and we are so thankful for every smiling, giggling, drooling moment with our little man. Other than the malignant tumor growing inside him, he is a normal, happy baby boy. 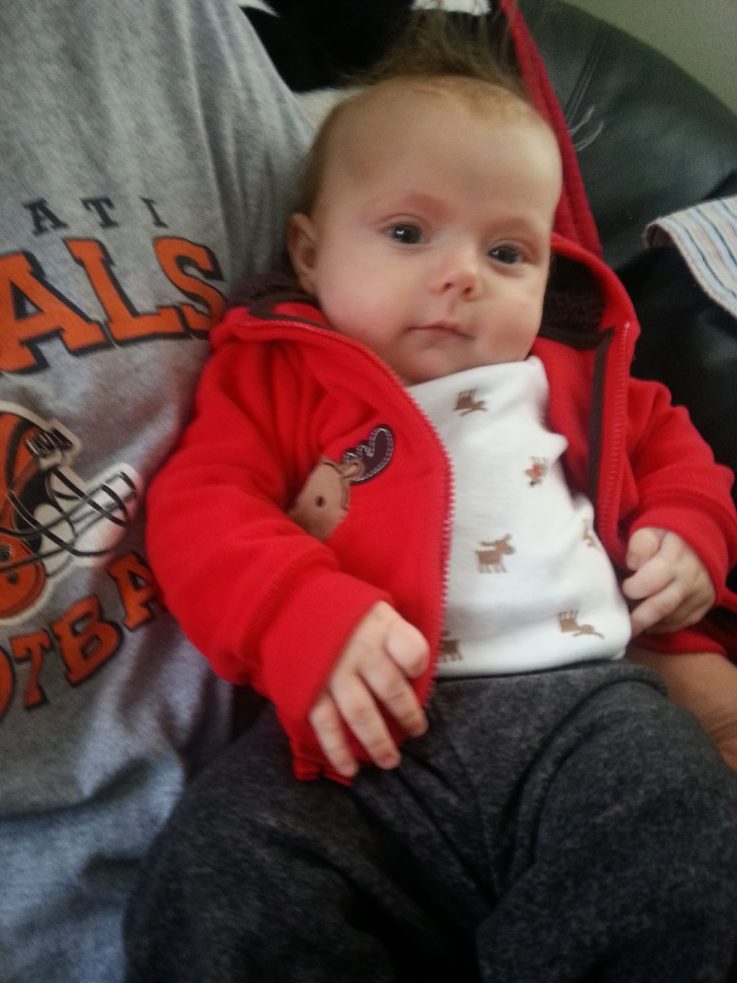 One thing to leave you with, which I am hanging on to with all my heart is, when asked if we will be home for Christmas, our oncologist said YES!

Better yet–when asked if we will have a first birthday, he said YES!!!

There are things that can go wrong, and I am very aware of the fact that we will most likely face more struggles through the following months of treatment. We still have a very big surgery coming up around his six month birthday when they take out his adrenal gland and what is left of the tumor after chemo.

BUT…we are prayerful. We have the Lord’s hand in all of this. We have laid it at His feet, and we refuse to worry because that is what He has commanded us to do. We give it to God, and we hope you will continue to pray, not with worry in your heart, but with faithful trust that our God will erase this disease in our baby boy, and it will just be a bump in the road. 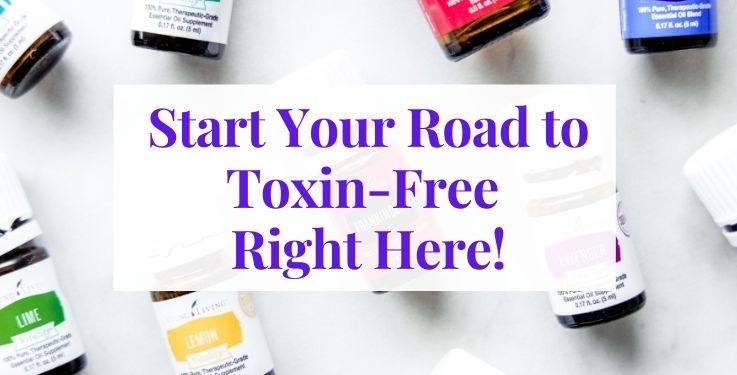 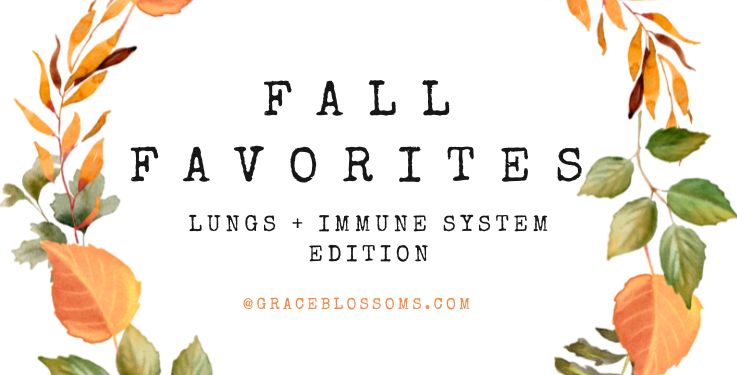 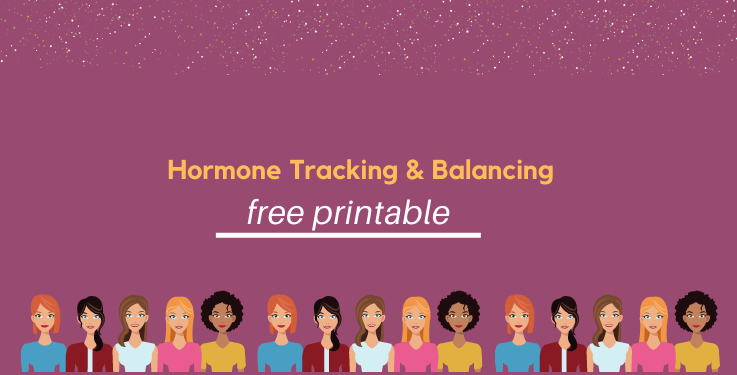